Be Intentional in 3 Steps 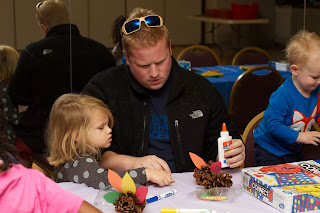 I recently hosted a Donuts with Dad event which was attended by several fathers and their kids from my community. Everyone had a good time connecting while doing crafts, playing games, and eating donuts. The gathering gave me a chance to talk with several dads from local neighborhoods that I probably would not have met otherwise. It was refreshing to see dads from all backgrounds that were connected with a common purpose...spending intentional time with their kids. These guys could've been taking care of thousand other things, but instead they were willingly getting glue all over their hands while they helped make the thankful turkey craft.
It reminded me that while it is important for fathers to be present, it is more important that they learn to be intentional about connecting with their kids. The fact that for two hours not one child cried or threw a tantrum, proves the power of the intentional dad. Dad and kid alike, blocked out everything in order to focus on enjoying the moment with one another. Nothing was more important to everyone in the room than the candy corn toss, the football toss, and making the thankful turkey craft. The kids especially had a certain level of contentment mixed with excitement to have daddy's undivided attention. The dads were equally as fulfilled. 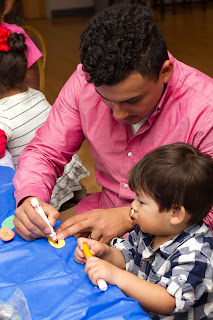 "...while it is important for fathers to be present, it is more important that they learn to be intentional about connecting with their kids."

It's not always feasible to attend an event, like this, but it is fairly easy to find ways to let your little ones know that daddy thinks they're important. During this holiday season here are a few tips that helps me stay on top of my intentional dad game. 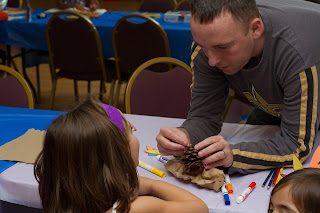 1.) Make Eye Contact-In a world that is ever increasingly focused on their phones, we have neglected the all important body language known as eye contact. In another post I discussed how important eye contact is when interacting with your kids. To not look a person in the eye when they're speaking leaves the other party feeling like they're not being heard. Part of being intentional means we dads must put our devices, tablets, tv's, newspapers, magazines, down to allow time for our kids to SEE that we're interested in what they have to say.  My kids know exactly what I mean when I say, "I need to see the whites of your eyes."

2.) Do Something- Kids (especially younger ones) really aren't particular about what they're doing with their parents. They're only concern is doing that dad is doing something with them. This makes it easy to start doing things with them at early ages. My 8 year old daughter looks forward to going to the gym with me. She's cool with events with my wife and her sister, but one on one gym time with me means so much to her. The key here is just do something with your kids on a daily basis. It could be as simple as reading a story before bedtime. Whatever it is that you end up doing, your kids will likely remember it forever. 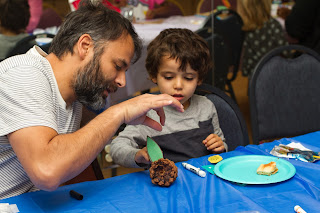 3.) Talk to Them-The evening news shows just how crazy a world we live in. That's why it is important for us dads to talk to our kids regularly about what is going on in their lives. As a parent you want your child to come to you as they attempt to deal with the crazy thing called life. The only way to ensure that is to develop a lifestyle of open and honest conversations. If you start with conversations about Cookie Swirl C's newest video post when they're young, they'll naturally come to you when that boy breaks their teenaged heart. If you're not quite sure how to start talking, my friends at Family Dinner Project have some pointers for you. http://thefamilydinnerproject.org/conversation-2/conversation-starters/ 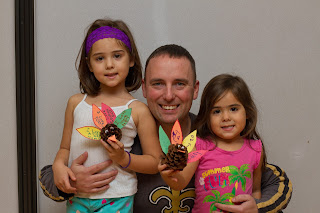 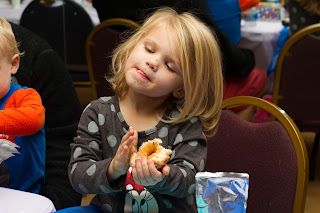 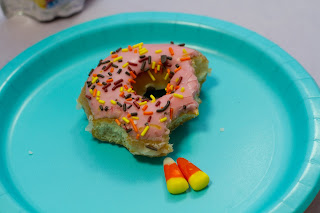 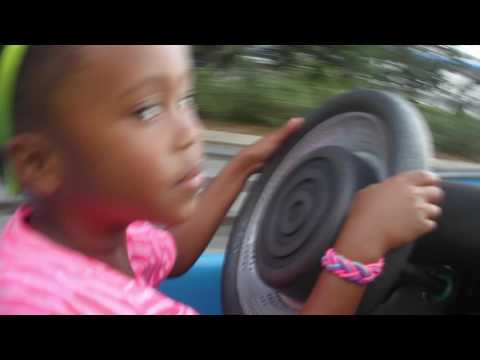